CANNIBAL FEROX HIGH-STIM PRE-WORKOUT represents the natural evolution of our bestselling Pre-Workout - CANNIBAL FEROX®. The legendary everyday stims of oid have left us, but in good hands. We have added some of the latest and greatest heavy-hitting thermogenic stimulants available.

Why did we upgrade Ferox? Because we wanted to knock you on your a**. You hear it all the time. Pre-workouts that claim they will light you up so much that you will need a pilot’s license.

Unfortunately, most don’t even give you a bigger buzz than your morning coffee. For all those stim-heads out there, we just released a beast.

The NEW Ferox: The NEW Ferox represents the natural evolution of our bestselling pre-workout. Gone are last year's outdated stims, and IN is one of the newest heavy-hitting thermogenic stimulants available.

Stimulant Package: This bad m*ther has more stimulants than we even like to think about.  There is zero percent chance that you will not be raging in the gym or whatever active you will be undertaking after a full scoop of this bad boy.

Fat Burning 101:  The stimulant power inside of this product has a secret purpose, fat burning is a by-product of the ingredient cocktail.  Thus making this Ferox a double-edged sword of both fat burning and stimulant focus to get the job done at every level. What about the Pumps and Endurance: Don’t worry about your pretty little veins. The NEW Ferox has 6g of Citrulline that will help you get the sickest shirt splitting pump of all time.

Plus, there is 2.5g of Betaine to take your Nitric Oxide production to the extreme. And with 3.2g of Beta-Alanine, you don’t have to worry about your endurance being crapy.

How long can you use Ferox: If used strictly as a pre-workout, we recommend cycles of 8-12 weeks for maximum performance. If used for fat burning purposes, we recommend cycles of 4-8 weeks, with a minimum of one serving per day. Take before workouts and cardio. On non-workout days, take in the morning, or sip throughout the day for an energized treat!

Can Ferox be stacked with anything else? Yes! Ferox goes great with any fat burner! Just use Ferox in place of one of your daily fat burner doses. For increased workout performance, Ferox stacks well with Mercury.

Click here for more info on these potent thermogenics.

Bought a flavor that was out of stock and after contacting the sales rep they sent me a different flavor and a shaker cup and it arrived shortly after we spoke. The preworkout is good and has been helpful at the gym. Between the good product and quality customer service, I’ll be ordering again. 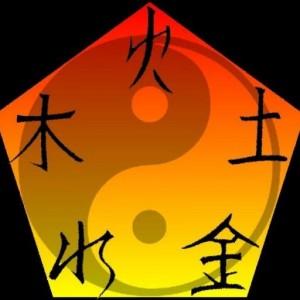 This is my goto Pre since the other, scary effective, ones have been removed from the field. I love this stuff. It doesn't leave me with jitters or a bad crash. I use something tamer for accessory days, but the Big Lifts get this, and mightiness does ensue. Take this, and give it a target, put it to work so that it doesn't turn on you and eat you alive.

Romania
I recommend this product

With the classic Jack'd off the market, this is the next best thing. I revel in this. I demand that the Iron move, and move it does, in fear of me if for no other reason. In fact, it needs another warning on the label: "Do not write reviews while using this product." Use this, and force the laws of nature to obey you.

I have recently started taking fitness seriously, and I decided I want to take a pre-workout. I did a little bit of research and this (Cannibal Ferox) seemed to be one of the most powerful products on the market through a general scope of opinions I read. I am 100 thoroughly satisfied with the product. The strawberry banana is delicious, it even smells good. The thing that made it stands apart from the few other generic preworkouts I have gotten at the local vitamin stores is how clean it feels. I was ready to go but I didn’t get the shakes or anything like that. I hope this one can stay in stock always because it is easily a staple of the brand. Thanks all, Alex

The best Pre-Workout in the game which is what its been for almost 10 years!

The best Pre-Workout in the game which is what its been for almost 10 years!