Hypnos- The Key to Gains and Happiness. Seriously.

Part and parcel of modern life is chronic exhaustion, and it’s so interwoven into Western life that if you meet a person who seems overly well-rested, you simply assume they’re lazy and unambitious.  “I’ll sleep when I’m dead” is likely something we’ve all said in an attempt to be wry, when in fact all we want is to sleep until we’re dead.  And knowing that undersleeping is one of the number one ways to hamstring your gains, we will miss out on precious hours to binge-watch some garbage show with our significant other, or screw around on social media, or get drunk and fightfight hobos.  Whatever it is you’re into, you tend to do that when you should be sleeping.

And of course, you still train when you’re under-rested, in spite of the fact that the vaunted Barbarian Brothers, legends for training endlessly with massive weights, famously stated without equivocation:
“There is no such thing as undertraining, only under-eating and under-sleeping.”  That’s not to say that training when tired is necessarily a bad thing (it’s certainly better than not training at all), but rather than sleep is the continually, criminally overlooked aspect of training that is likely reducing most or all of the gains we feel we’re owed and have not obtained.  Inadequate sleep not only reduces maximal muscle strength (Knowles), but it impairs your overall health, your ability to think on your feet, your metabolism, your deportment, your pain threshold (Onen), and even your sex drive (Hillman, Leproult). That means that if you skip enough sleep, you’re going to turn into a fat pile of broke, limp-dicked or uninterested, uncoordinated (Sprenger), developmentally challenged crap with nothing to do but sleep because you’ll be living in a van down by the river fueled by nothing but government cheese and free soup (Alhola). 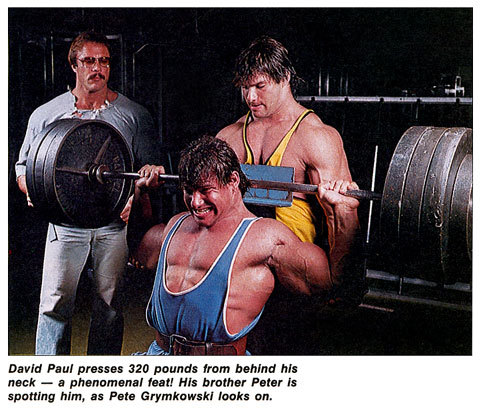 The Barbarian Brothers were not kidding – the disaster you create when you go without sleep is absolutely legendary (Orzeł-Gryglewska):

Sounds awesome, right? Emulating a Japanese salaryman is a fast track to an early death and a fat gut, not a great physique and a fat bank account.  As every n00b loves saying, “you grow while you sleep,” and if you’re not hitting that deep sleep stage, your GH and testosterone levels will reflect it.  That’s why Chaos and Pain has dropped a reformulated Olympus Hypnos, a sleep aid so potent you’ll have to peel the pillow off your face every morning before you head to work.

Why’d we reformulate it?  Frankly, because the government will no longer the use of the ingredient on which we based the original formula, which means we had to dig through every textbook and herbal guide we could to determine what combination of ingredients might yield the same badass results yet without the chance of ending up in prison for allowing you guys to sleep the sleep of the dead.

To achieve this, the backbone of the new Hypnos is a combination of potent sleep aids GABA and Theanine, which were shown in multiple 2019 studies to work in concert to reduce time to sleep, increase sleep duration and sleep quality (Kim, Suheyon).  If you’re ever in the market for a sleep aid and you see one of those ingredients rather than both, beware- “The use of GABA/l-theanine mixture rather than GABA or l-theanine alone restored to normal levels sleep time and quality in the arousal animal model” (Suheyon).

Next, we included the herb Mucuna Pruriens, which has been shown in studies to reduce cortisol levels in chronically stressed men and to improve their testosterone levels.  Mucuna puriens is referred to as the “magic velvet bean” in scientific literature (Lampariello), and used for everything ranging from the management of male infertility to nervous disorders and to aid with erectile dysfunction (Ibid).  For the lot of us, that is a critical component, because his cortisol levels have a negative effect on every system in your body.  Most of all, cortisol affects protein degredation, which means fewer gains in times of elevated stress.  Mucuna puriens can help blunt that protein degredation by reducing cortisol at night, which leads to deeper sleep, which leads to less cortisol upon awakening (Hayes).

The next hyper-potent combination of sleep aids is Passion Flower, Hops, and Valerian, which is a long-used homeopathic blend used to reduce anxiety and promote restful sleep, in addition to being used to induce vivid dreams.  Additionally, an Indian study in 2013 showed that this combination was as effective as the most popular prescription sleep aid on the market in reducing insomnia (Maroo).

Lastly, Hypnos contains both ZMA and Melatonin, a combination of minerals and a hormone that has been long used as a sleep aid, and L-Tryptophan, which helps to reduce the occurrence of sleep disturbances once the onset of sleep has occurred (Kim, Maroo).

And whether or not Hypnos is your bag, it’s impossible to overstate the importance of sleep to training.
If that torrent of information didn’t convince you to catch up on your  sleep, nothing will. Clearly, Hypnos is formulated to knock you out like team members from Chaos and Pain broke into your house and hit you over the head with an ax handle, so that’s always an option.  Just remember- caffeine and ephedrine will only carry you so far.  You’ve gotta get some goddamned sleep if you wanna tear up the strength world and look good on Instagram without filters.

For more on the importance of sleep, check out Joe Rogan’s interview with Matthew Walker, professor of Neuroscience and psychology at Cal Berkeley on the Joe Rogan Experience.