Home  /  tips   /  If You Only Take One Supplement, Make It Chemical One
tips

If You Only Take One Supplement, Make It Chemical One

1-DHEA (aka 1-Androsterone or 1-Andro), is one of the brash, bold, and proud new types of 1-testosterone to hit the market.  For those of you who remember the halcyon days of prohormones wherein steroid formulas that were never mass produced, or methylated versions of popular steroids were marketed (wrongly, but marketed nevertheless) as prohormones, 1-testosterone was one of the best.  1-test was never marketed by pharmaceutical companies, but it and its methylated version got rave reviews in the bodybuilding world before it was pulled on the market, and some reviewers actually preferred it to darkside “supplements” like dianabol and anadrol.  1-test was yanked off the market in 2005 and scheduled alongside other designer steroids, but its precursor was not, as it was naturally occurring and downright awesome.
Although it’s not going to give you quite the gains that compounds rhyming with “stuperdrol” might give you, it doesn’t give you the horrific liver toxicity, acne, and various other horrific sides that compound and others like it did, because this stuff is naturally occurring and non-methylated.  In fact, the way 1-DHEA works is fairly simple.  Upon ingestion, 1-DHEA goes through a two-step conversion process, converting first by 3-hydroxysteroid dehydrogenase and then 17-hydroxysteroid dehydrogenase enzymes into 1-testosterone.  This two-step process means 1-DHEA isn’t a prohormone- it’s a preprohormone.  The single human study done on 1-DHEA revealed that this badass preprohormone pretty much works like magic, the darkside kind, because the authors reported effects for 110mg of 1-DHEA three times a day in trained athletes that were almost identical to those found in another study that 300mg of injectable testosterone enanthate a week.  In that one month study, dudes who had an average of 6 years of training under their belts had their bodyweight increase 6.4% even as they leaned out, and gained 9.2% on their bench, 14.2% on their squat, and 14.6% on their deadlift.

That means that if you’re a 175lb lifter who had just broken into the 300-400-500 pound club, at the end of ONE MONTH on 1-DHEA you will have the following metrics:

Which is just bonkers, but it gets better.  There were no estrogenic effects at all, because 1-DHEA cannot be converted into estrogen.  Instead, they looked, lifted, and felt significantly more awesomely after a month.  Like I mentioned above, the authors of the studies themselves seemed amazed:

“Collectively, these studies suggest that [oral] administration of 330 mg 3-hydroxy-5-androst-1-en-17-one/day provides improvements in body composition and muscular strength that are similar to those shown when 300 mg/wk testosterone enanthate is administered IM” (Grenados).

At this point I’m hoping your interest is piqued and your skepticism is somewhat allays, but if you’re anything like me I’m sure you just took a look a the citation and noticed the title of the article ends with “but impairs user health.”  Lifters in the study used 330 mg a day of garden variety 1-DHEA, and that dose and delivery system had similar effects to a methylated prohormone on the liver, and of 1-Testosterone on cardiovascular health.  None of that should be particularly terrifying to you, as the impact on users was not terrifically significant, and a liposomal delivery system like the one Chaos and Pain uses for Chemical One should limit or eliminate the hepatic toxicity of the supplement.  As for the cardiovascular issues, they’re pretty limited and could be linked to the high doses of 1-DHEA taken in the study.  If you’re concerned about your cholesterol, you could simply use olive oil when you cook, pop some red yeast rice, and take an extra couple of scoops of Cannibal Kraken, which should balance out your ratios and put your fears at rest.  Frankly, given the fact that the authors of 1-DHEA’s human study noted a marked improvement in mood in the subjects taking 1-DHEA, you probably won’t be worrying about much of anything.
What makes the 1-DHEA even better in Chemical One, aside from the fact that Chem One is liposomally delivered to ensure as much of the good stuff gets into your system as possible, is the inclusion of  6′,7′-dihydroxybergamottin.   6′,7′-dihydroxybergamottin is a naturally occurring substance found in grapefruit juice that inhibits intestinal organic anion-transporting peptide (OATP)-mediated uptake, which is an extremely complicated way of saying it improves the absorption of certain drugs and chemicals.  In particular, it significantly improves the uptake of sex hormones (Johnson), which is why is it awesome in Chemical One- it supercharges the 1-DHEA.

Rounding out the formula is a common remedy for erectile dysfunction in traditional African medicine, fadogia agrestris. Fadogia’s effects are dose dependent, with a dose dependent increase in serum testosterone.  According to a study done on rats, lifters with a bodyweight between 150 and 200 pounds should see a 2-fold increase in their testosterone levels after five days of use (Yukubu). A nice and not unexpected side effect of this increase is a dramatic increase in libido and erectile function, which is a cool validation of its traditional use.

Frankly, the worst thing that can happen with Chemical One is that you not take it.  The results it provides are borderline miraculous, the drawbacks are nearly nonexistent, and it’s legal and easy to get.
What more could you ask for? 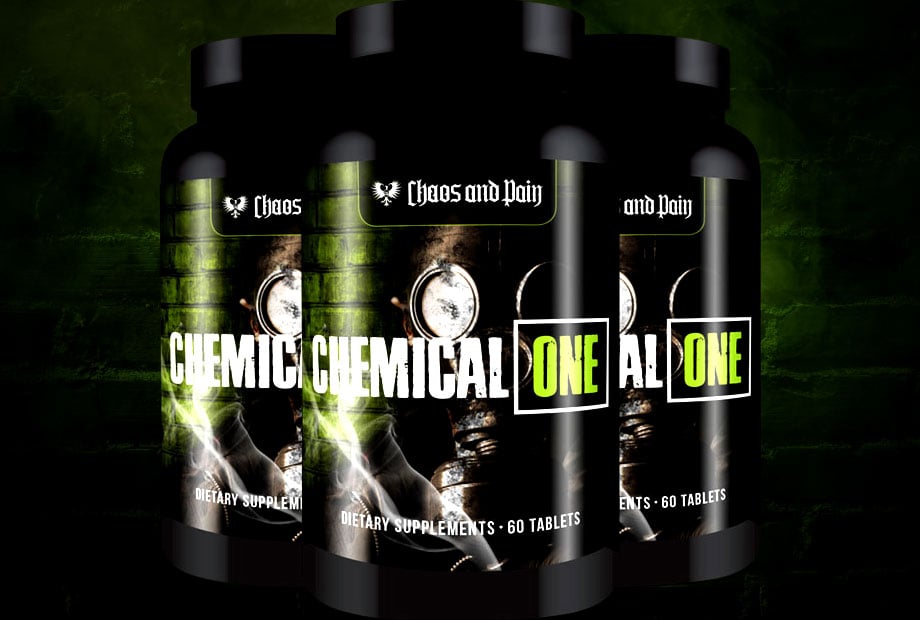 Snag Chemical One here and reap the gainz.

Satisfied with what you read? Click here to head over to Chemical One now.
By Jamie Chaos
0 Comments
1
previous next