X Marks the Gains- This Sickness That Is Chemical X 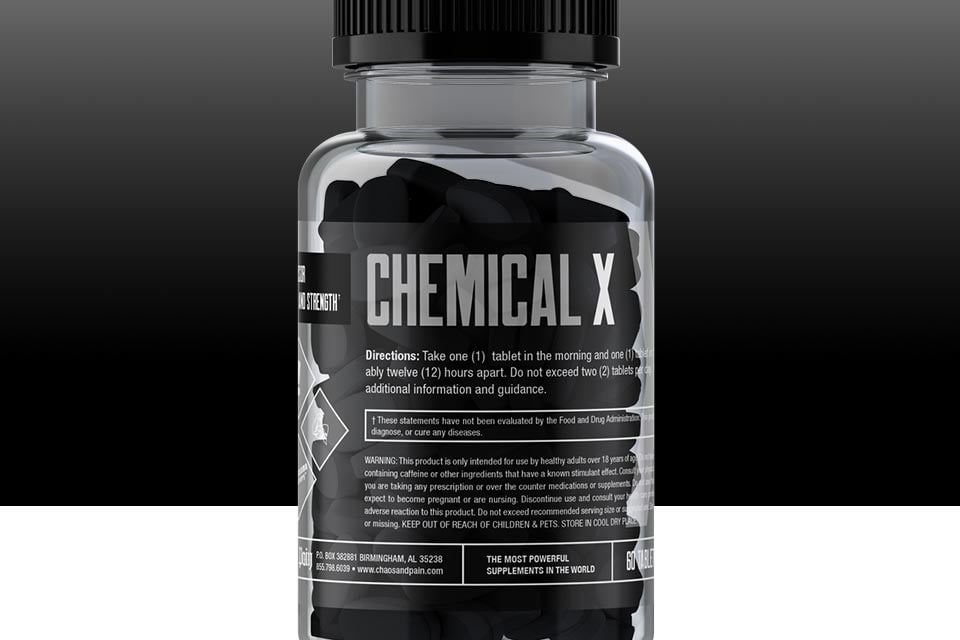 When the government dropped the banhammer on the “prohormones” of the early oughts, it looked like the gainz train had been carpet bombed.  Everyone at that point could name ten compounds off the top of their head that we’d convinced ourselves weren’t designer steroids, even though we knew that’s precisely what they were, and tell anyone within earshot all of the potential benefits and detriments of each.  And the most interesting part? In spite of the fact we all knew at least three people with gyno or jaundice as a result of taking those compounds, the results were so sick that we’d put up with the sides.

Then came the bans.  The compounds got harder to get and more expensive when you could actually find them.  Every new compound released was a shadow of the old ones, and we all lost hope.  Lost hope, that is, until the release of some new spins on some less-than-effective 90s classics that might not have promised us the sun, the moon, and the stars, but they were legal and purportedly worked.

It’s time to suspend the skepticism- Chaos and Pain is not in the habit of foisting useless crap on our fans.  I’ll admit that when I was first presented with Chemical X, I said the words “19-Nor-DHEA isn’t bioavailable to be cost effective.  Yeah, it converts to nandrolone, but it’s in such small amounts it does nothing.” I remembered the studies from years prior- it looked like magic until it hit the liver, then the wheels fell off the magic bus.

What I didn’t know when I uttered those words, however, is that certain manufacturers had secured liposomally delivered 19 Nor DHEA, which delivers far more of that nandrolone-converting goodness into your body.  In other words, this 19 Nor DHEA is the real deal what we threw into Chemical X. It converts to nandrolone in the liver, and though not as potent as the illegal steroid nandrolone decanoate, it is far less estrogenic, which means there are far fewer nasty side effects of gynecomastia, hair loss, and acne.  As for the positive sides, they’re still flowing nicely- you can expect significant size, strength, and recovery gains from Chemical X.

Chemical X also contains an African herb called fadogia agrestris, which is an herb used in traditional medicine to treat low testosterone and erectile dysfunction.  Unlike a lot of the proerectile compounds out there, science actually backs this one up[. Fadogia agrestris has been shown to increase erectile function and libido in rats, and is currently under investigation for its use in humans, because the science looks extremely promising- it’s bee touted as the herbal viagra in Nigeria for centuries.

And last in the pot to sweeten the deal is 5a hydroxy laxogenin, a brassosteroid known to increase testosterone and reduce estrogen with the same effectiveness of a popular cutting steroid, but without any of the liver toxicity.  And while you might be skeptical if you’re an old head (we’ve been sold the brassinosteroid song and dance far too many times in the past) this one has actually been shown to work in lab rats- it increased protein synthesis, decreased protein degradation, and increased lean body mass as compared to control (Esposito).

In other words, we loaded this bad boy for bear, and the only things that should be stopping you from trying it are fear of gains and the desire to outlift your lifting partner.  All of the upside with none of the downside of the darkside stuff you might have been considering. X marks the gains- time to snag that treasure before someone else does.

By Jamie Chaos
2 Comments
2
previous next